When you've basically done the same thing for more than 20 years, it can be easy to become just stuck in the rut. I have helped at Copycat / Computers4-u for more than two decades - all of this century - but that has now come to an end.

The decision to leave was mine, and I'm not going to go into my reasons, but now I am able to focus more clearly on what I want to do and how I want to do it.

One of the first of those things is to get back into creating websites and enjoying the process. This is something that I have slowly fallen behind in over the last three or four years and I need to bring my skills up to date.

My first attempt is with my own primary site www.davidkinrade.com. I've found a nice template online - there's no shame in cheating a little - and modified it to suit my needs. I've created some new graphics and cut down the content dramatically for a more modern feel. The major changes are in design philosophy. This site is "responsive". In web terms, responsive means that the layout and organisation of the site responds to different screen sizes and devices. It works equally well on a mobile phone screen, a tablet, a laptop or a desktop and across all major platforms.

Expect more like this to follow in the future, as I do appear to have been bitten by the design bug once more.

Posted by David Kinrade at 9:29 am
Email ThisBlogThis!Share to TwitterShare to FacebookShare to Pinterest
Labels: creativity, design, Info, websites

There are some experiences that, perhaps, one would hope to never have to go through. As an island community, the Isle of Man has come through the COVID-19 pandemic better than many other places. Any island nation has the option - as we did here - to close the border and then tackle the pathogen on our own terms. This is a process that has worked for our island and several other places around the world.
It can be easy to criticise the political and governmental structure with the power of hindsight, but I have to say, not without a little reluctance from force of habit, that our government did as well as one could expect when difficult circumstances were changing and developing rapidly. They didn't get everything right and that's actually okay. No-one can, or should, expect a perfect response during such a crisis and there will always be mistakes made as the information available changes.
So, things are returning to some level of normality. My sister and her family are back on the island after their necessary exile to the UK. Shops are open and businesses are starting to resume normal operations.
I'm back at work and doing more-or-less the same thing as before. I tried - despite the debilitating attack of sciatica that plagued me for almost two months at the start of lock-down - to keep myself busy and productive. I managed some programming, did a few remote assistance calls and tried to not resort to endless TV or YouTube. 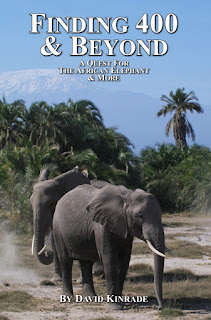 I also finally got the time to write the detailed travelogue that I always promised myself would be done one day. In 85,000 words, I've written the story of my eight trips to Africa over the last dozen years. I'm now in the final process of reviewing the proof copies before self-publishing the volume through lulu.com. The plan, at the moment, is to release a paperback version - with over 100 b/w photos - in 320 pages. because of the photos, this will end up being priced at around £25. Because this is a lot for a book, I'm also looking at doing a text-only version that should be able to be much more sensibly priced. This will also make it easier to produce an e-reader compatible version for kindle and ipad in the near future.
If you want to keep up with progress on the publishing of this book, and also about my travels and other book projects, then you can find out more at my publishing site.

Posted by David Kinrade at 2:49 pm
Email ThisBlogThis!Share to TwitterShare to FacebookShare to Pinterest

As I write this, the Isle of Man is not at the stage of lock-down yet, but we have to try and make plans to keep civilisation going!

So, as things stand, I'm able to make calls to anyone who is not isolating. I would, however, prefer to fix software related problems remotely if possible.

So, if you need help, by all means call me on my usual mobile number: 469115. If possible, have TeamViewer installed before you call and we'll try and get logged in straight away and see if I can at least do some diagnosis. This doesn't help if it's a networking problem, but we'll cross that bridge if we come to it.

I'm also available on WhatsApp and Facebook Messenger most of the time.

Stay Safe!
Posted by David Kinrade at 9:37 am
Email ThisBlogThis!Share to TwitterShare to FacebookShare to Pinterest
Labels: Info, life

There is always the possibility that I could get fed up with programming. My biggest problem with it - and don't misunderstand, I love programming - it the proliferation of programming languages and the apparent need to be "up-to-date" with the latest trendy languages and developments.

Programming is a fairly universal skill. You learn how to do it in one language and the principals then transfer to most other languages fairly easily. It isn't like learning a spoken language at all. The proliferation of the internet also makes it easier than ever to pick up a different language and move forward with help form friendly communities across the world.

The bottom line? well, in order to quickly and easily program some stuff for a Raspberry Pi, I'm learning Python. It seems to be going quite well so far, although some of the structures and conventions are a little bit alien to an aged BASIC programmer like me. Once again, this is a non-graphical environment. The programs being written are geared towards controlling and sensing the real world - think switches, motors, relays and sensors.

What is great is the range of modules and examples available. I can get things moving quickly and feel like I'm making real progress. Hopefully, as I get better at remembering the syntax, I'll get a bit quicker than I am at the moment and won't feel the urge to just step back and do it in BASIC!
Posted by David Kinrade at 10:17 am
Email ThisBlogThis!Share to TwitterShare to FacebookShare to Pinterest

This one is ready in record time. I wrote the entire text of the journal for our epic trip to Zambia while I was there and finished it on the plane on the way back. To sum up:


I saw everything I could hope to see, so many mammals and such good views that I'm overwhelmed by the whole trip and the destination. South Luangwa is the best National Park I've visited in Africa, both in terms of the range of game and also in the quality and frequency of sightings - even in what is considered the quiet season.

I've also finished the book of the trip and the first copies are already on their way from the printers. Here's the preview as usual. 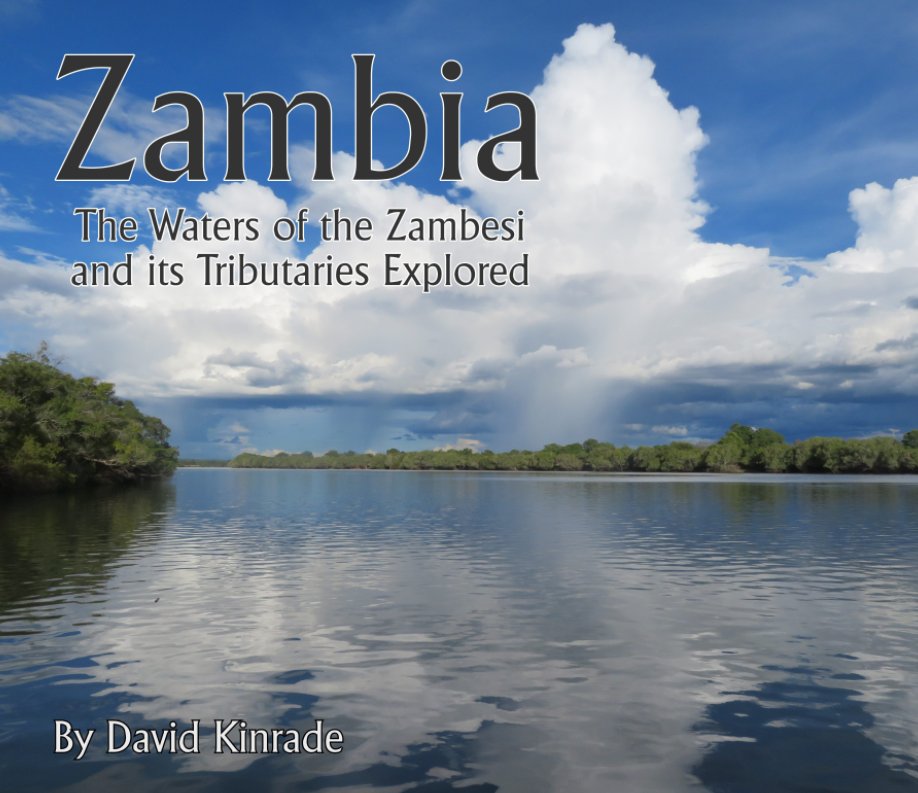